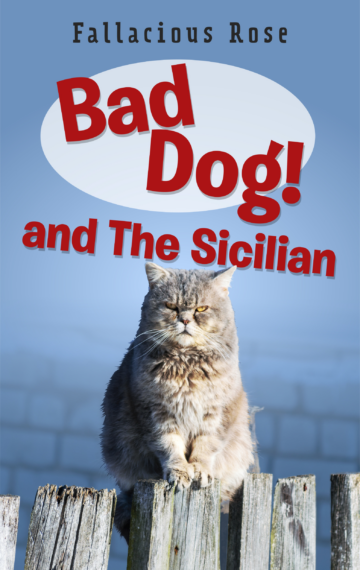 Meet Houdini, Fence-Jumper Extraordinaire, the baddest dog on the block.

He’s escaped the clutches of an evil Norwegian scientist in Bad Dog! the first in the series, and now he’s moved with his family to a country paradise.

Or so it seems – until he crosses the path of the Sicilian. She may look like just another feral cat, but she rules the neighbourhood with an iron paw. Nothing happens without her say so.

For a while, even Houdini toes the line – until The Sicilian makes him an offer he can’t refuse.

“Lovely gentle well observed humour. Very easy to read and would be good for youngsters as well as adults. Having two dogs and two cats I can appreciate how well the author has captured the dog and cat mindsets.” (Johnny Parker, Amazon)